General readers, book reviewers, academic historians and other writers have all praised the Centenary Edition of ‘Forgotten Revolution The Limerick Soviet 1919’.

‘A wonderful book’ – Myles Dungan, ‘The History Show’ RTÉ One

‘New, illustrated edition of this 1990 book about an obscure but important episode in Irish history, praised by ‘Books Ireland’ on its first outing. (‘A very readable narrative. Cahill looks as though he has produced a story that anyone could find interesting and the historians won’t sniff at’).  – ‘Books Ireland’

‘A great addition to other publications on Ireland’s revolutionary past, especially for topics outside Dublin’ – ‘An Cosantóir’, The Defence Forces Magazine

‘Telling the forgotten story of the deep involvement of workers and their trade unions in the struggle for Irish Independence in the years 1916-21.’ – ‘Liberty’, SIPTU magazine

‘Liam Cahill’s narrative reads like a novel’ – ‘The Munster Express’

‘Liam Cahill has examined the diverse forces acting on and reacting to the events in Limerick and has placed them in their wider national context. – Sinn Féin Bookshop

I’m so pleased to hear that the book is doing so well – it really is a fantastic piece of work.’ – Local authority Librarian

‘Five chapters into it and loving it’. – John MacKenna (Author and Broadcaster)

‘Congratulations on that marvellous piece of history writing. It is so authentic, so well-researched, so knowledgeable, and so balanced. – Norman Freeman (Author) 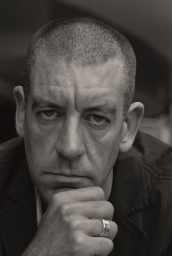 2 Replies to “Praise for ‘Forgotten Revolution’”